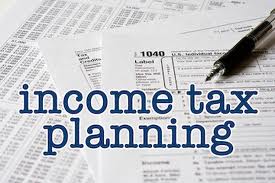 To reiterate our last post, it is difficult to accomplish end-of-year tax planning for corporations for 2012 because many significant tax provisions re going to expire at the end of the year and it is not clear what Congress’s intentions are, at this point.

Important provisions had expired at the end of 2011, which encompassed the business research credit, and now others are expiring at the end of 2012 which includes the era of Bush’s tax cuts, the bonus depreciation allowance, and the expensing allowance.  Congress has the power to retroactively extend the rules that have already expired and even to extend those due to expire at the end of 2012, or we can just try to guess what the outcome may be.

This presents a challenging dilemma for us in terms of tax planning.  Nevertheless, there are strategies that exist, that businesses can avail themselves of before the end of the year to maximize the opportunity to lock in low tax rates for shareholders, take advantage of the work opportunity tax credit, and generous depreciation and expense deductions

Expensing. To get a larger expensing deduction, businesses that intend to purchase machinery and equipment either before the end of 2012 or at the beginning of 2013 should try to accelerate their purchases into 2012.

Effectively, acquiring property and placing it in service in the last days of 2012, rather than at the beginning of 2013, can result in a full expense deduction for 2012.”

Heavy sport utility vehicles (SUVs)–those that are built on a truck chassis and are rated at more than 6,000 pounds gross vehicle weight-are exempt from the above depreciation caps. Taxpayers can deduct up to $25,000 of the cost of a new SUV as a business expense in the placed-in-service year. In addition, the remaining cost of a new SUV placed-in-service in 2012 is eligible for 50 percent first-year depreciation in 2012. Thereafter, cost is depreciated under rules for five-year depreciation property.