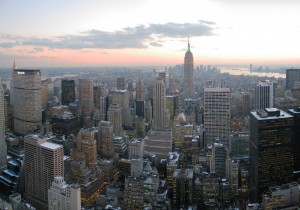 Are taxpayers required to continue to pay the tax in view of the recent court ruling?

All taxpayers who have been paying this tax remain subject to the tax and are required to continue to pay the tax and file the required returns. As with other taxes, failure to make the tax payments and file required returns could subject a taxpayer to penalties. The constitutionality of the MCTMT has been challenged in a series of lawsuits. In all but one of these lawsuits in which there has been a decision, the MCTMT has been ruled to be constitutional and the legal challenges have been dismissed. In just one of the challenges, a Nassau County Supreme Court justice recently found the MCTMT to be unconstitutionally enacted, which determination is being appealed by the State of New York and the MTA. The litigation is not concluded and the tax is still in effect. If this requirement to pay the tax and file returns were to change, the department will notify taxpayers.

What if the tax is ultimately declared unconstitutional? Will I be able to get my money back?

It will of course depend on the judicial decision, but rest assured that procedures of the Department of Tax and Finance will permit taxpayers to submit claims for tax refunds, and those procedures would encompass claims for refunds based on the asserted unconstitutionality of a tax. Generally, in order to receive a tax refund when a tax has been declared unconstitutional, a claim for refund must be filed. Generally, a claim for refund must be filed within three years of when you filed your tax return. Payment of the MCTMT first commenced only in November, 2009, so at present, no refund claim for any period of payment of this tax must be presented until November 2, 2012, to prevent the claim from being barred by the three year deadline.

What is a protective claim?

A protective claim is a refund claim that’s based on an unresolved issue (for example, a tax being found unconstitutional), filed for purposes of preserving the claim against being time barred pending the resolution of the issue. Filing a protective claim protects your right to a refund regarding the unresolved issue, in the event the issue ultimately is resolved in a way that gives rise to a right to a refund after the normal time period allowed to file for a refund has expired.

Should I file a protective claim?